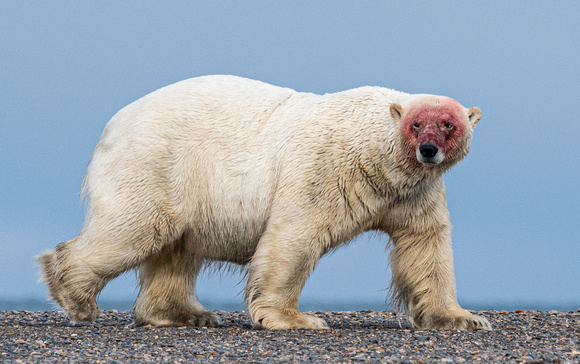 It has always been a dream of mine to photograph polar bears in the wild.  I was planning on being in Alaska in the fall (September 2019), and this time of year provides the opportunity to see grizzly bears in Katmai National Park and polar bears on Barter Island, Kaktovik, in the Arctic National Wildlife Refuge, North Slope of Alaska.

Kaktovik is a tiny town located on Barter Island a remote region of northern Alaska. Katkovik is approximately 500 miles past the middle of nowhere (literally it is 500 miles north of North Pole AK).   I still don’t quite understand why this town exists (apparently it was of some military strategic significance for a radar site), but now approximately 300 people call Katkovik home.

I am not the most organized traveler, but one cannot just show up to Katovik and see the polar bears.  Tours and accommodations must be book in advance, and I arranged a photography tour through Akook Arctic Adventures.  It is run by Steven Kazlowski of Left Eye Productions, Inc., a professional wildlife photographer who has been photographing polar bears in the Alaskan arctic for over 20 years. Akook Arctic Adventures essentially handles everything from hotel to photo sessions. There are several other groups that run tours, and essentially they are all the same.  There are two tiny “hotels” on the Island (see pictures) and nothing else.

Each day we would take a small boat on the water and photograph the bears for about two hours, return to the hotel for lunch and to warm up and then go out for another photography session.  Unfortunately our guide had by far the worst boat (we did not have a heated cabin), so I was cold and wet each time we went out.  But seeing the polar bears made the travel, the cold, and everything else worth while. 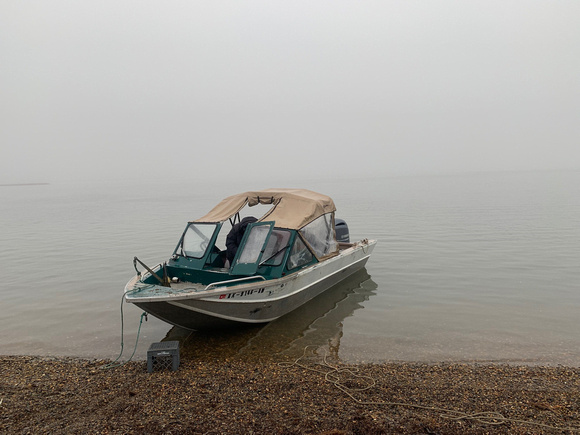 Polar bears spend most of their lives on the sea ice, but many gather during the ice-free period in the early fall near Barter Island. The main attraction for the polar bears is feeding on the remains of bowhead whales killed by the native population.  Unbeknownst to me bore my trip, Native hunters are allowed to kill three whales each year.  According to the Sierra Club “Alaska Natives are allowed 67 collective strikes (the take of a whale or attempt of a take) per year, dividing the meat shares between families, captain, and crew within 11 identified Alaska Eskimo Whaling Commission communities.”  I was shocked that whaling still exists, especially of federally endangered bowhead whales.  To me, all hunting of these magnificent creates should be stopped.

I happened to be in Katovik when a whale was killed and dragged into town.  As you can see from the photo below, the villagers harvest the majority of the whales and leave a large chunk for the polar bears.  These whale remains are consumed by the bears and provide essential sustenance.  However “helpful” it is for the bears, in my opinion this practice needs to end.  It brings bears to the village where they are shot and makes bears dependent upon humans.

Moreover, over the past few decades, the villagers have piled the whale bones on a small area out of town.  This has created a dangerous whale bone playground for bears.  Had I known in advance about the whale killing, I probably would not have gone to Katovik.  Whaling is a subject the locals do not want made public and tourists were not allowed to go anywhere near the dead whale or witness the harvesting of the whale.  My photograph was taken on a boat as we passed by.  We were told by our captain not to photograph the whale carcass. If you can get past the whaling, polar bears are the most amazing animals.  They play together, snuggle, interact and are awesome.  I could watch the polar bears in the damp cold weather for hours on end.  The photographs of the polar bears that I took in Alaska are some of my favorite pictures.

What you need to know before going to Barter Island:

1) Pre-book a tour well in advance.  Many people fly in and stay one night.  If you are going for photography, I think this is a mistake as the weather can be uncooperative.  Try to stay 2 or 3 nights.

2)  There is no guaranty of seeing polar bears.  There were dozens there during my trip, however I was told if I was there two weeks earlier I may not have seen a bear.

3) The Waldo Arms Hotel is not what you would expect from the name and price.  It is a bunch of trailers put together with a communal dining area and shared bathroom / showers (see pictures).  The people who run the property are very friendly and accommodating.  It is fine for a few nights, but maybe not the best choice for a romantic vacation spot.

4)  Understand that there may be a dead whale carcass in the town.  I was not prepared for this mentally.

5) Arrange for a guide with a boat that has a heated cabin.  You will definitely thank me. 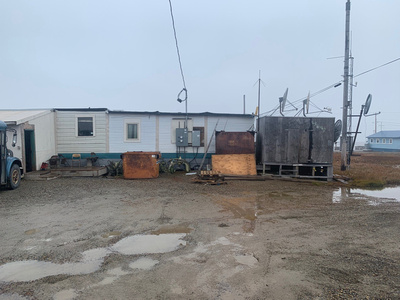 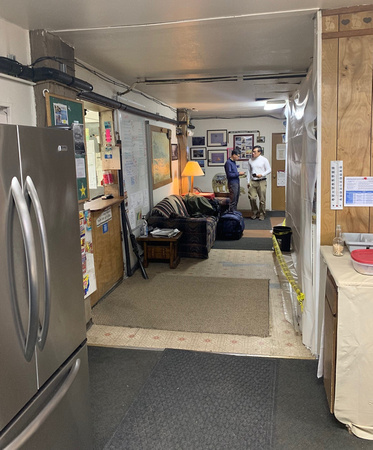 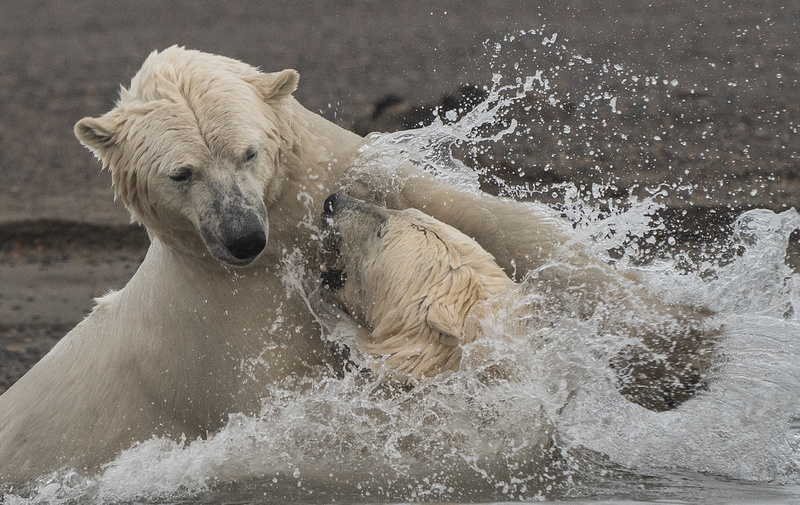